We spent a few days in Austin, TX where we played a couple shows and saw a ton of great bands. We also drank a ton of cheap and often free beer. 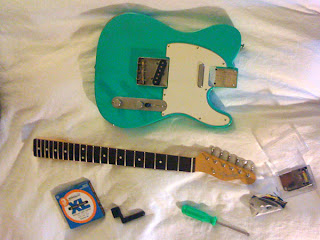 A mural in the Austin airport letting visitors know that giant women are always welcome here. 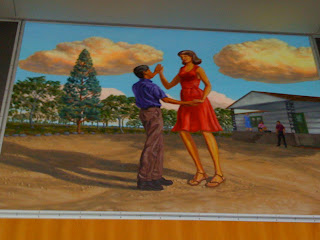 First stop, the Spin magazine party. Hot Leg brought it big time. The drummer Darby was quite a nice chap! 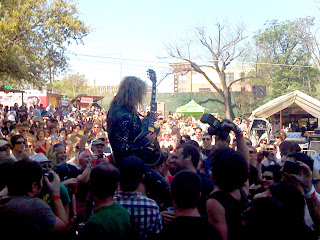 Glasvegas. We respect your courage guys, but I don't think American hipsters are ready to embrace the nipple shirt. Maybe next year. 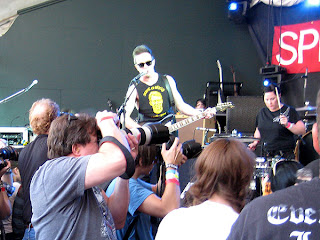 The High Life was free all day... except during the headliner. 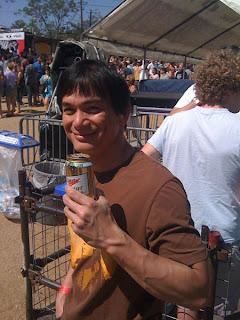 Echo and the Bunnymen sounded great! 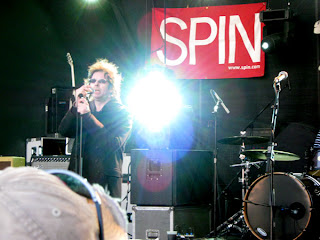 E&TB had their own private makeshift rum and coke bar where the roadie would make drinks for the band. Definitely going in the Parties rider for next time. 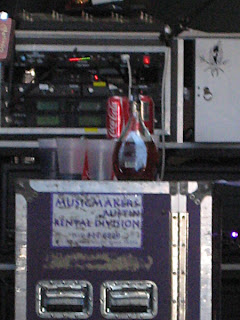 I don't know how they managed to get Dylan to play rhythm guitar for them. 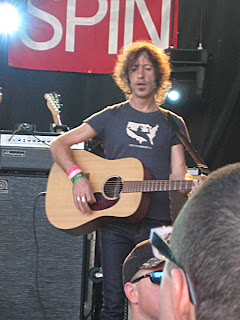 This is what the festival is all about, Will Sargent's guitars hanging out with Metallica's. Heartwarming. 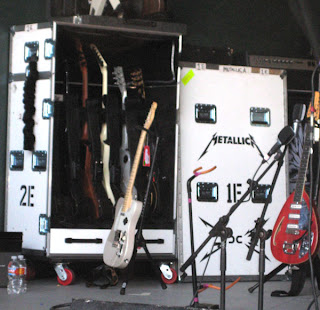 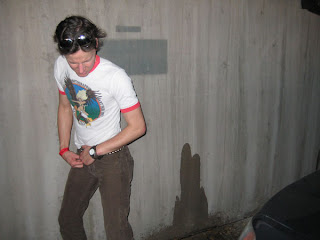 Brisket at the Ironworks. Tasty!! 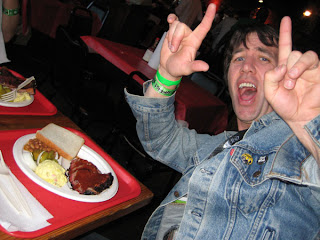 Little Steven about to introduce the High Dials, "Trevor, you boys put on a good show. If you go over 17 minutes, I'll break your legs." 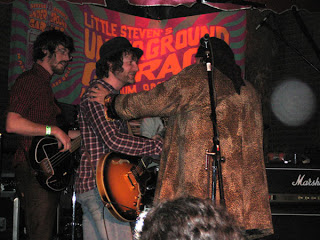 Outrageous Cherry. Second female drummer of the day with a two-piece kit. 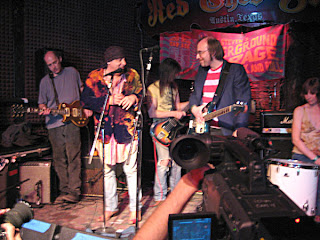 The Magic Christian. How does Cyril Jordan have MORE hair than back in the 70's? 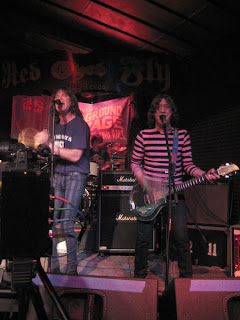 James Iha sitting in with Hanson at Pangea. 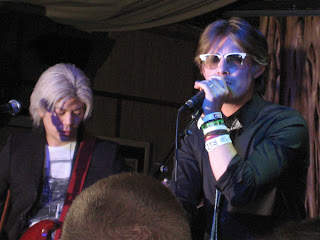 The Hoa-Hoas at the The Rockin Tomato pizza joint. A charming group of Canadians. For some reason this one photo looks like it's from 1976. 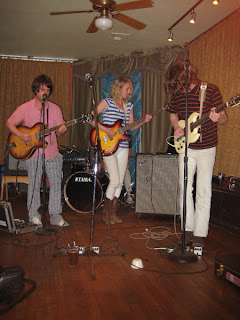 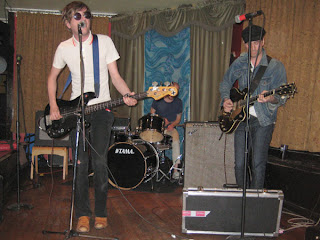 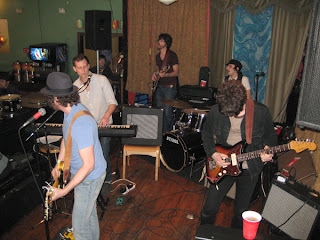 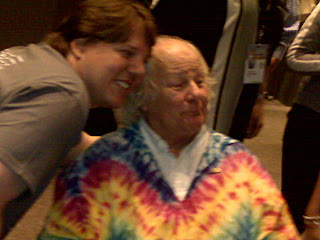 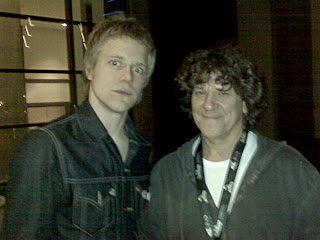 Our favorite Kentuckians, The Broadfield Marchers. (Yes, we played with bands not from Canada!) 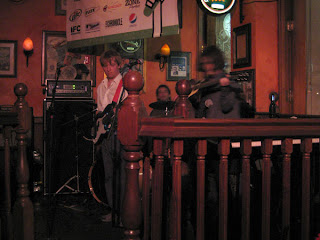 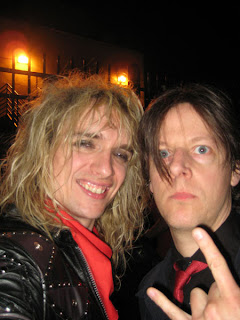 1AM and we finally take the stage at the Rainbow Quartz showcase. 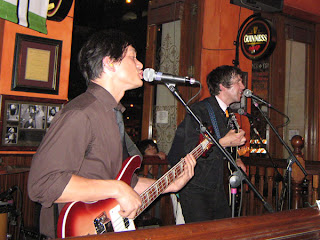 The two themes of the weekend were Canadians, and white jeans. 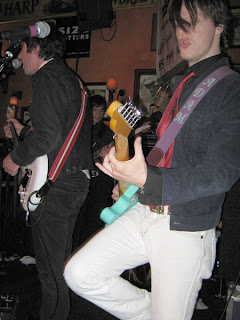 John Morgan's going to sit down at the Rhodes and play a little song for you. 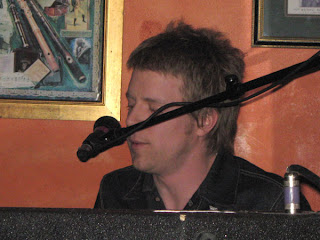 The windows behind us opened up to the street. That dude with the backpack watched the whole set from there. (and by "set" I mean "my ass") 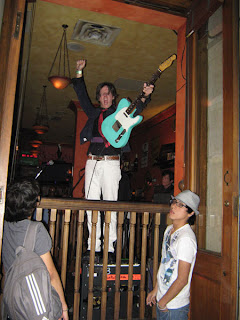 Late night Whataburger. After packing a week's worth of SXSW into just one day, John Morgan is DONE. 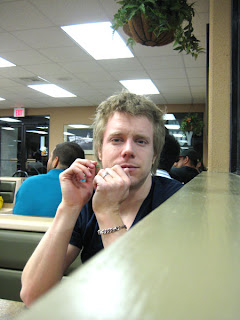 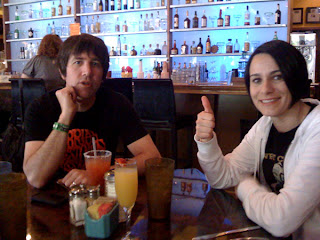 Graffiti from the men's room at the Ginger Man. I have no idea what Austin has against the color spectrum. 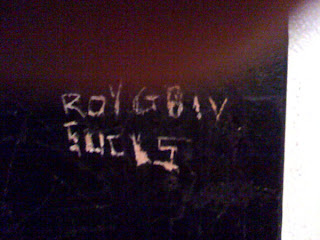 In all it was a great trip. Thank you, Austin, you were a wonderful host to the Parties!
Posted by The Parties at 11:25 AM No comments: 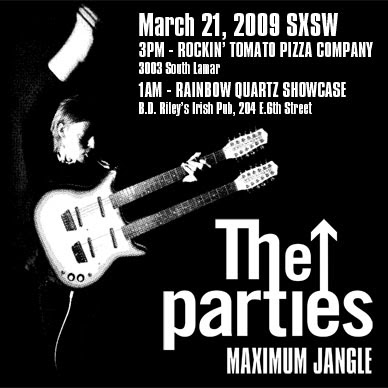 Posted by Rawnickel at 1:02 PM No comments: